All the charm of the Belle Epoque

In the heart of the Parc Naturel Régional of Haut-Languedoc with its endless oaks and chestnut trees, between the wild Cévennes and the blue-green reflections of the Mediterranean, Lamalou-les-Bains is the ideal resort for an authentic holiday, far from the town, the crowd and the noise. Green, mild and temperate, a haven of peace...tempérées, comme le climat de ce havre de paix…

In 1947, the City corporation bought the spa, and the company Chaîne Thermale du Soleil took over in 1986. The town started to see the spa as a vital attraction and turned its economic activity towards the tourism industry that grew around it. Today it is one of the largest trauma and rehabilitation centres in France.

A vibrant tourist offer, including lots of leisure activities, places to stay, excellent restaurants and attractions makes Lamalou les Bains a great place to visit and to stay.

Unlike many spas, Lamalou-les-Bains doesn't have a Roman origin. Its name comes simply from the stream that crosses the town, the Malou, today called the Bitoulet.

The Lamalou-les-Bains springs appeared as a result of mining in the 11th and 12th centuries. The tradition is that a farmer suffering from pain, bathed in the muddy pond formed by these waters and found himself cured.

A 1610 document mentions that a bathing house could take 10 to 12 bathers on the site of the spring in Lamalou.

In the 17th century, the Lord of the Poujol, Pons Marthe de Thézan bought the springs and the land from the Gailhard family, built a new spa inaugurated it in 1709.

After the Revolution, several other thermal spa establishments were created.

From the 1880s onwards, the Spa was open all year round, and became a favourite retreat for famous people. High dignitaries Alfonso XII, the Sultan of Morocco, soldiers such as Marshal Joffre, Men of letters such as André Gide, Alexandre Dumas, Alphonse Daudet and of course many doctors and n, including doctors Charcot, Duchenne de Boulogne, and Privat.

Lamalou-les-Bains is an open book for lovers of nineteenth century architecture. From the ornate hotels and the baths themselves to the theatre and casino, all the eclectic abandon of the time is represented.

Lamalou is also located on the Passa Pais greenway, which allows you to visit on your way through a rich natural and cultural country in complete safety, as motorised vehicles are not allowed. 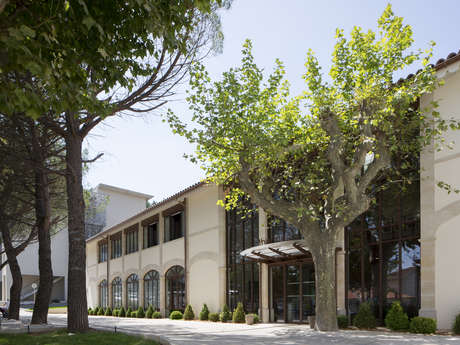 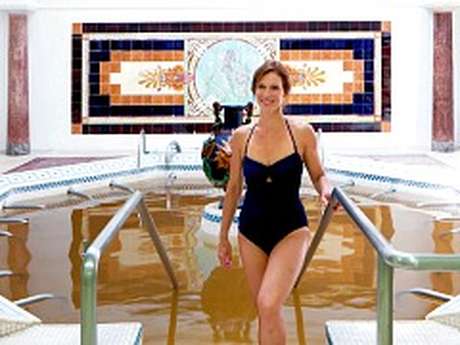